I wanted to give some of you who have not yet made crumb blocks a nice, picture heavy tutorial!  It is sooo easy and does not require foundations.  All it takes is the ability to sew in a straight line!

One other note I will make before starting the tutorial is that crumb blocks aren't meant to be huge.  They get really tedious to sew any larger than 5" finished.  Good sizes are 3", 4", and 5" finished.  Mine are 4" finished.

First, I put out a pile of my crumbs.  What are crumbs?  They are the little bits and pieces left from trimming that can't be used for anything else.  They are the bits left from bindings and applique too! 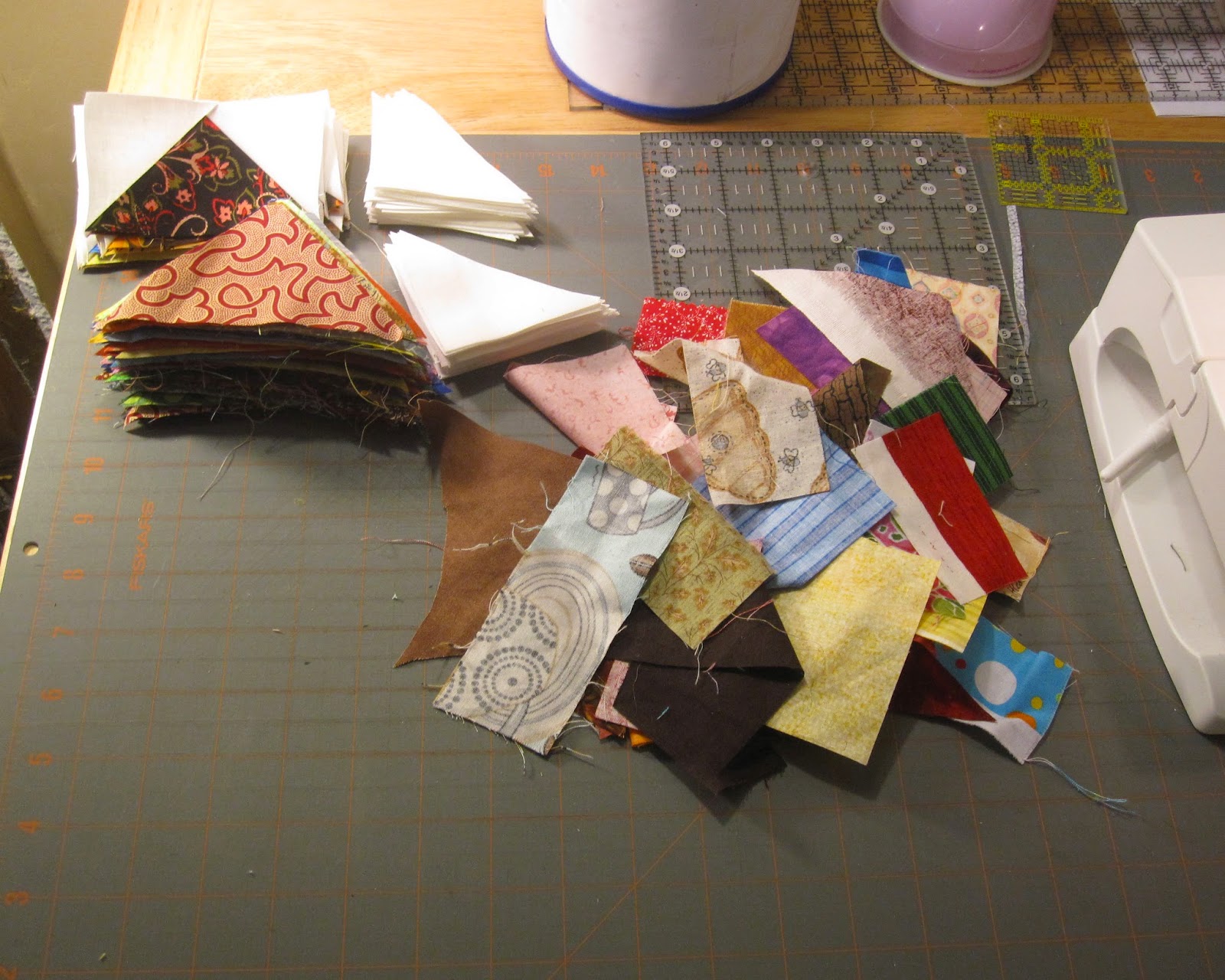 I took two pieces out. 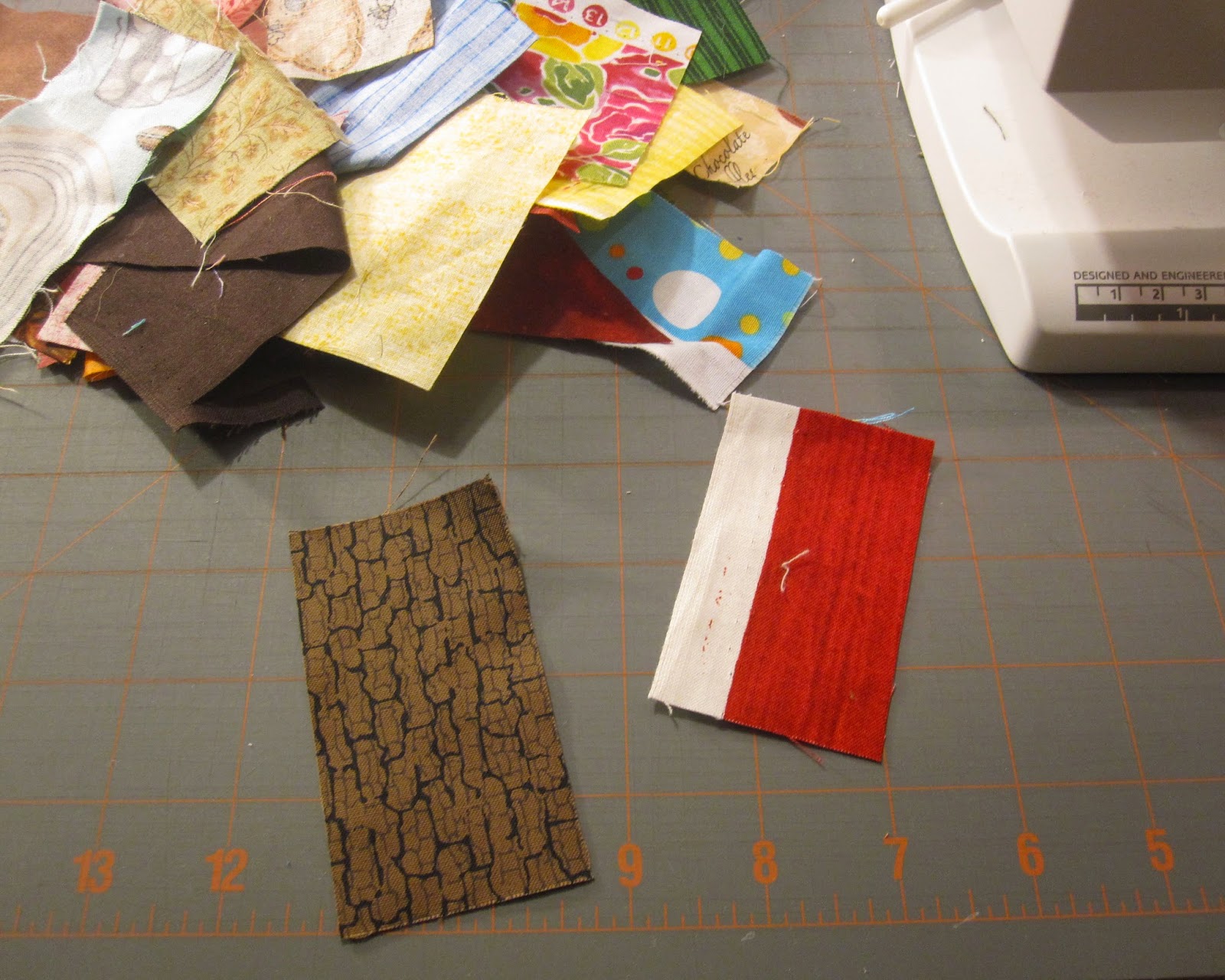 Next stop is sewing them together.  They had straight edges so I just lined them up. 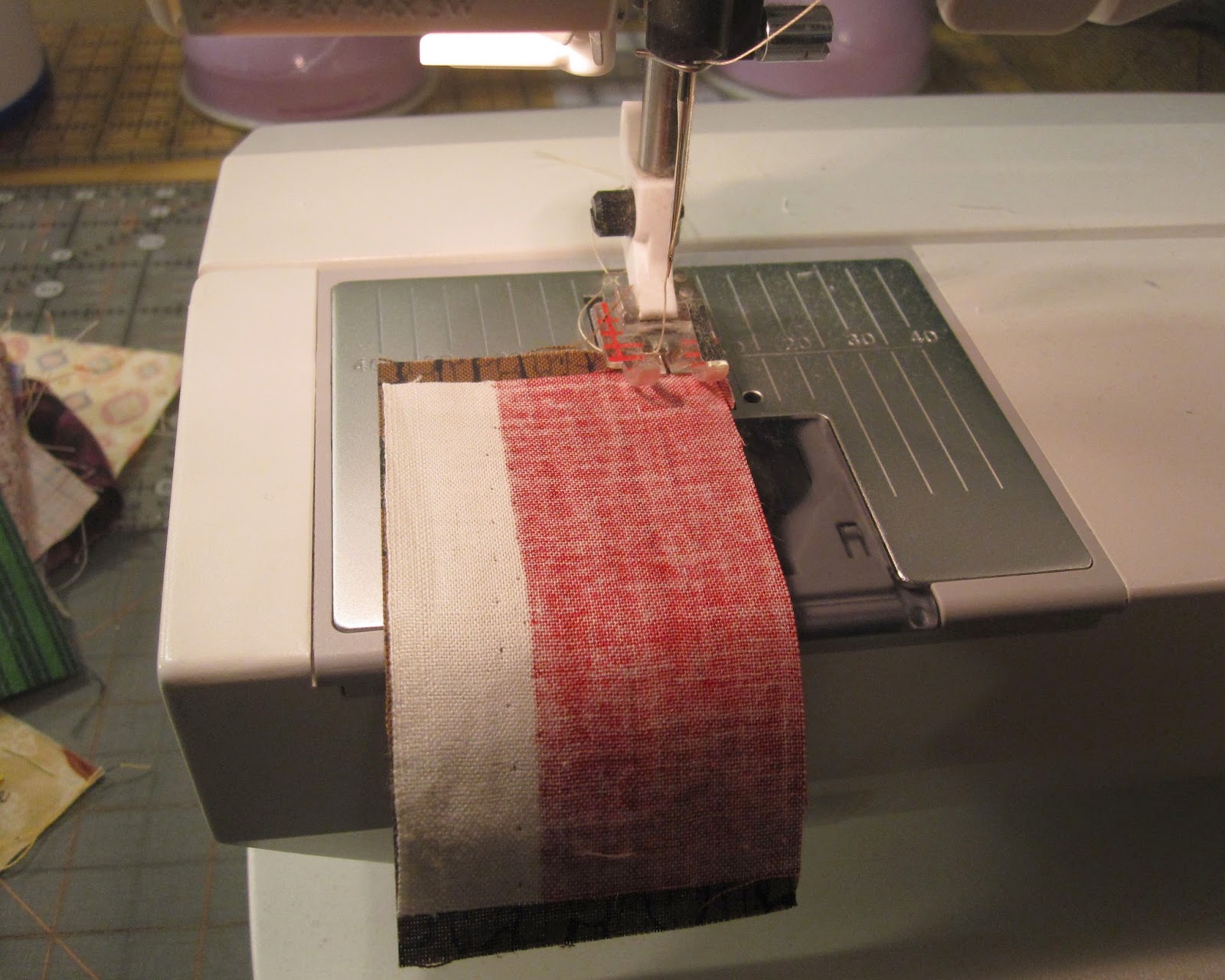 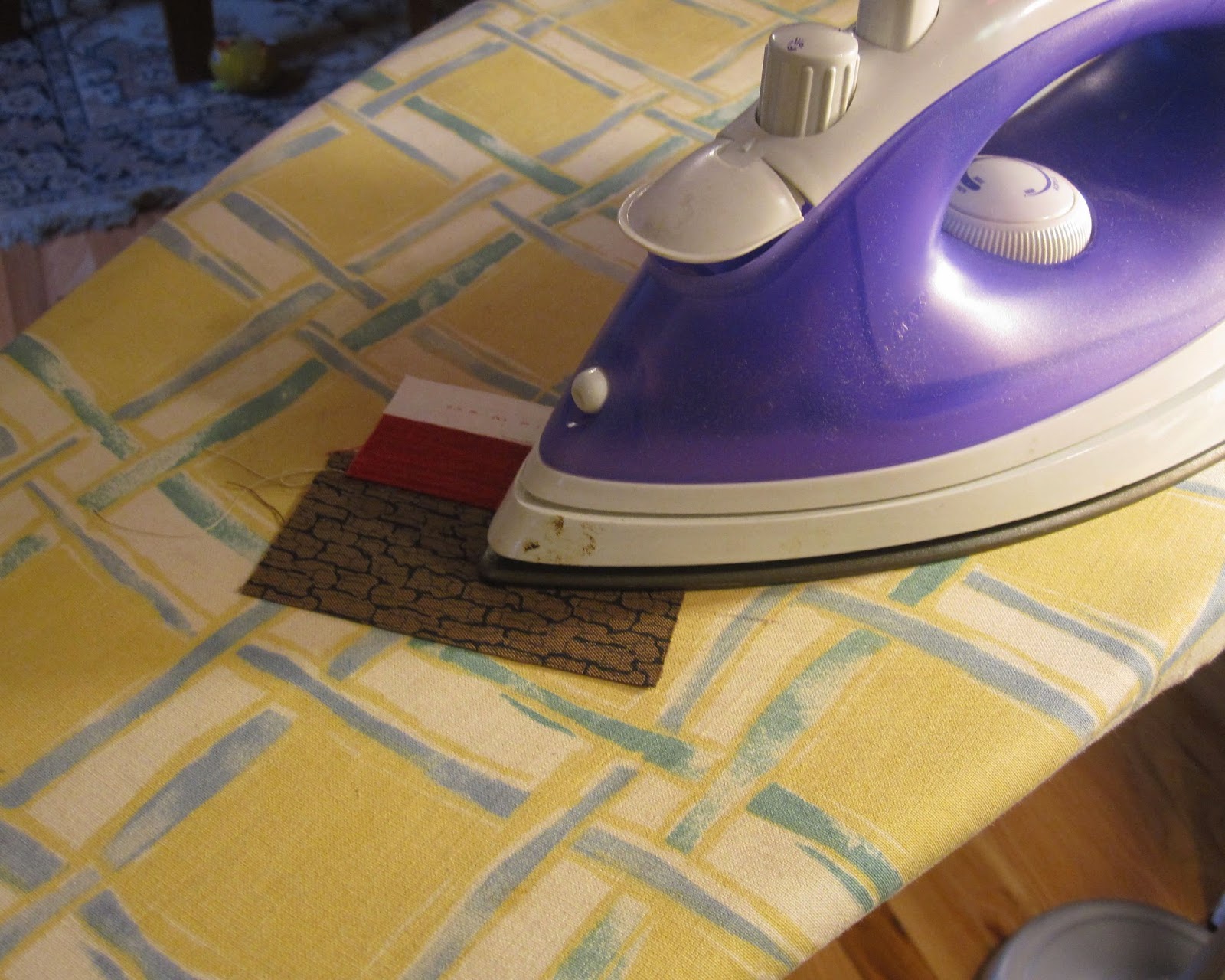 Next it is time to add another piece.  The seams do not line up, but that is okay.  I just sewed against the pink piece and then trimmed off the excess.  There is waste in crumb sewing, but this is the end of the line anyway as far as fabric is concerned! You can see in this picture where I would have trimmed off the extra stuff. 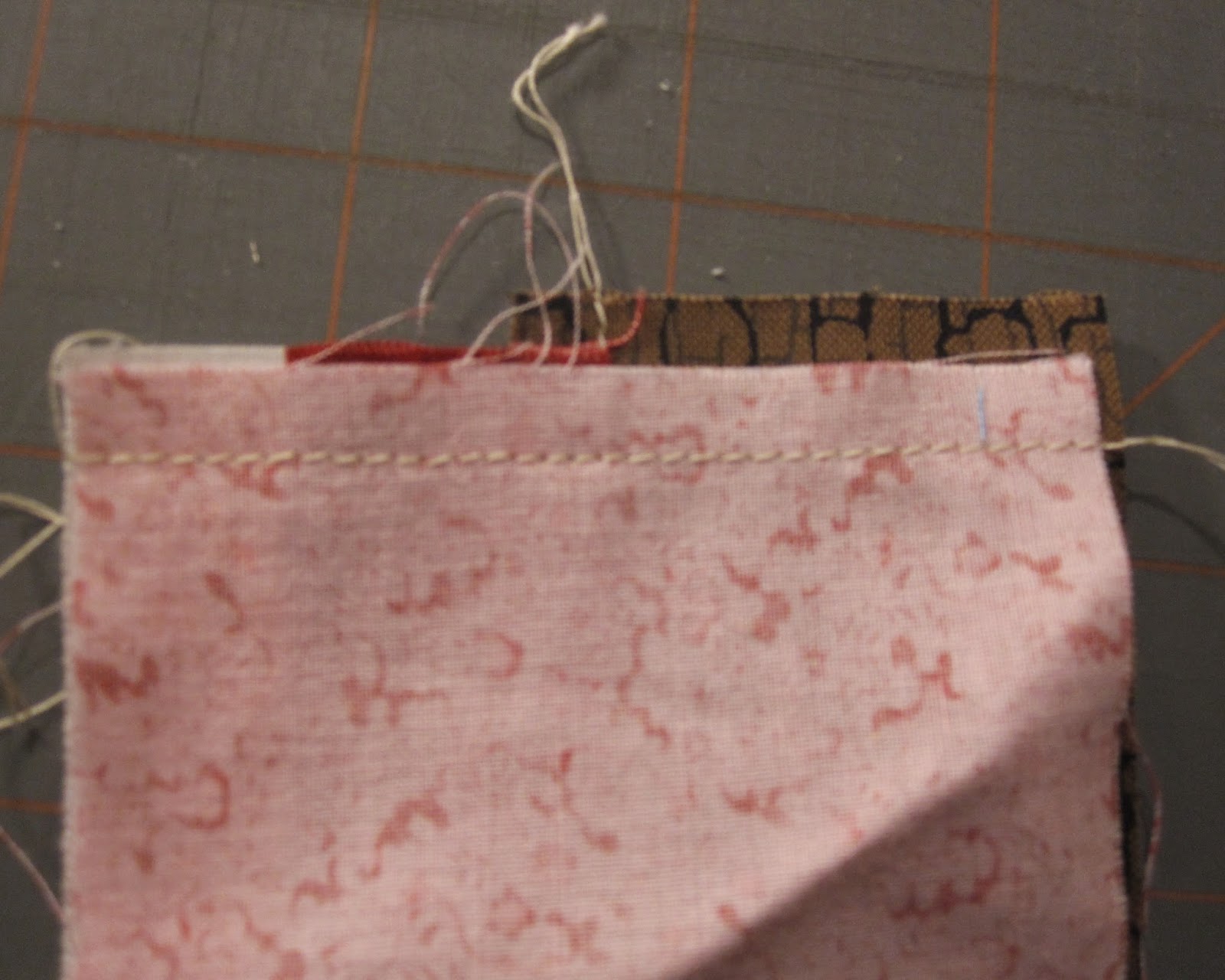 This crumb block isnt quite big enough yet.  I dont have a piece long enough to go across the block as I have it, so I then picked two more pieces.  I found a piece left over from applique. Here is where I point out again that the important thing is sewing in a straight line.  You can just trim off the stuff that hangs over when you are done. 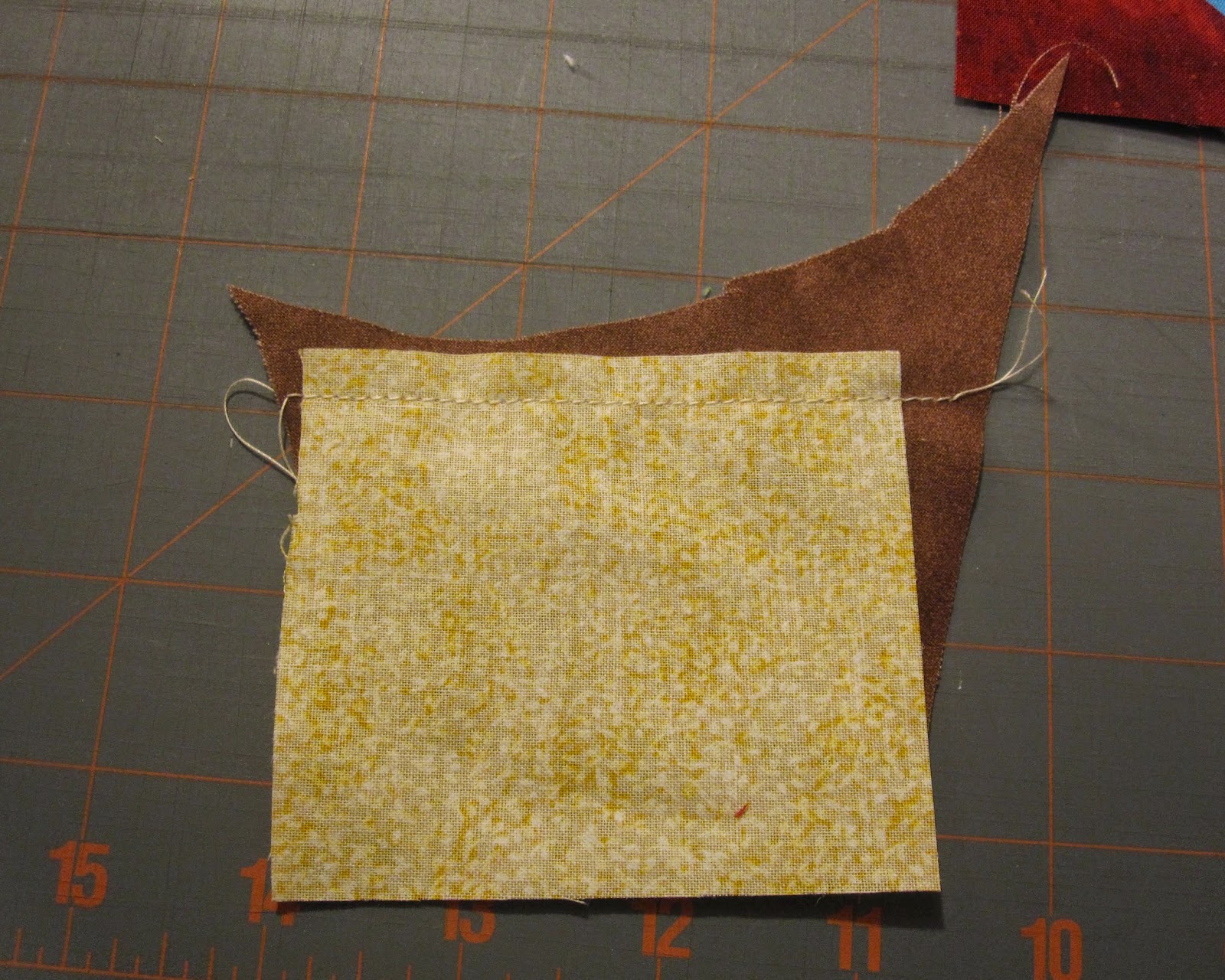 Here is the completed, untrimmed block.  The block here is 4.5" unfinished. 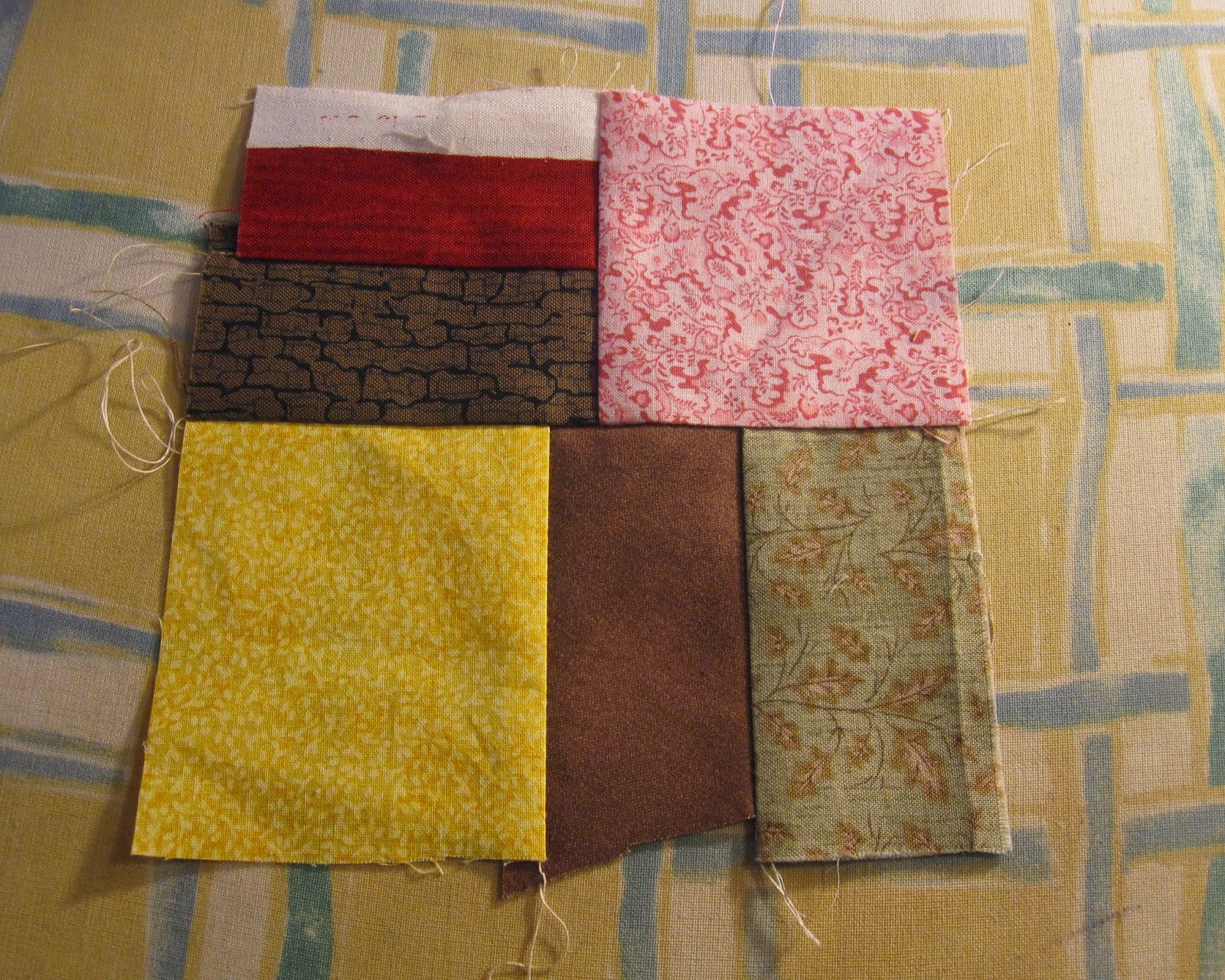 I lay out my square over the unfinished crumb block and trim. 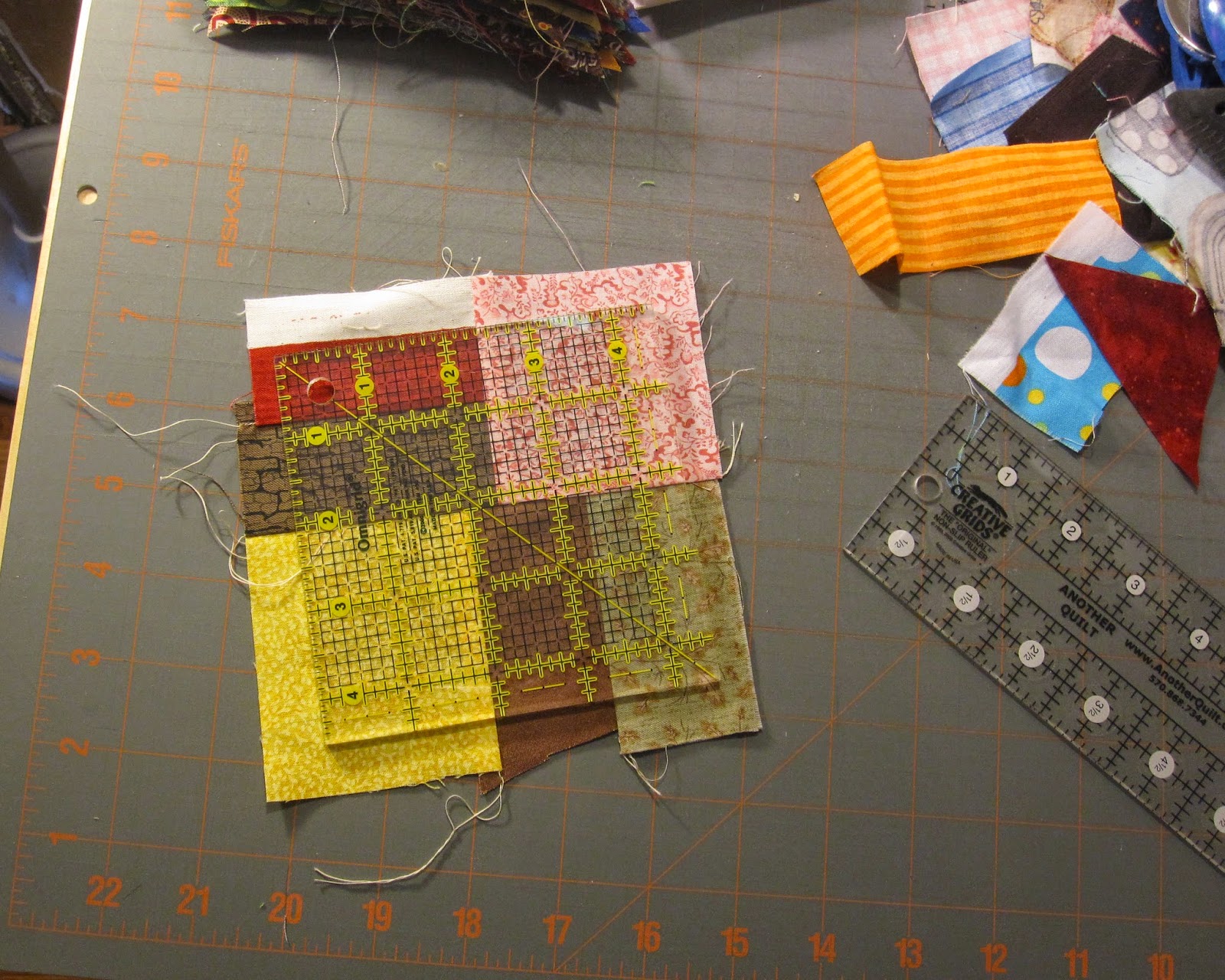 And here I go!  One crumb block.  In order for this to go fast, I have my ironing board situated right next to my sewing machine.  I don't even have to get up!  If this is not possible for you, then work on a few crumb blocks at once.  Sew some pieces together, trim any extra stuff off as needed, iron, then repeat until your blocks are bigger than what you need. 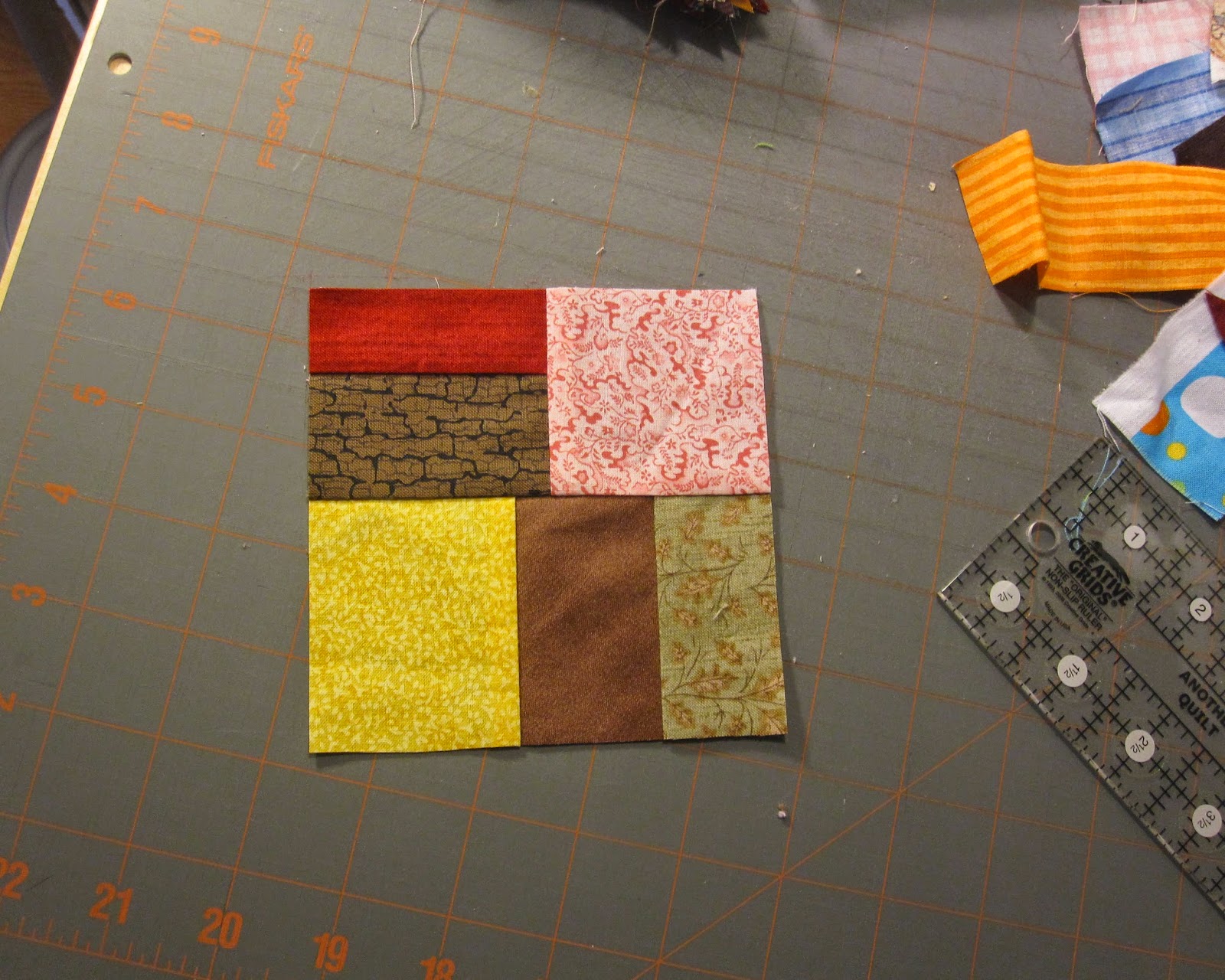 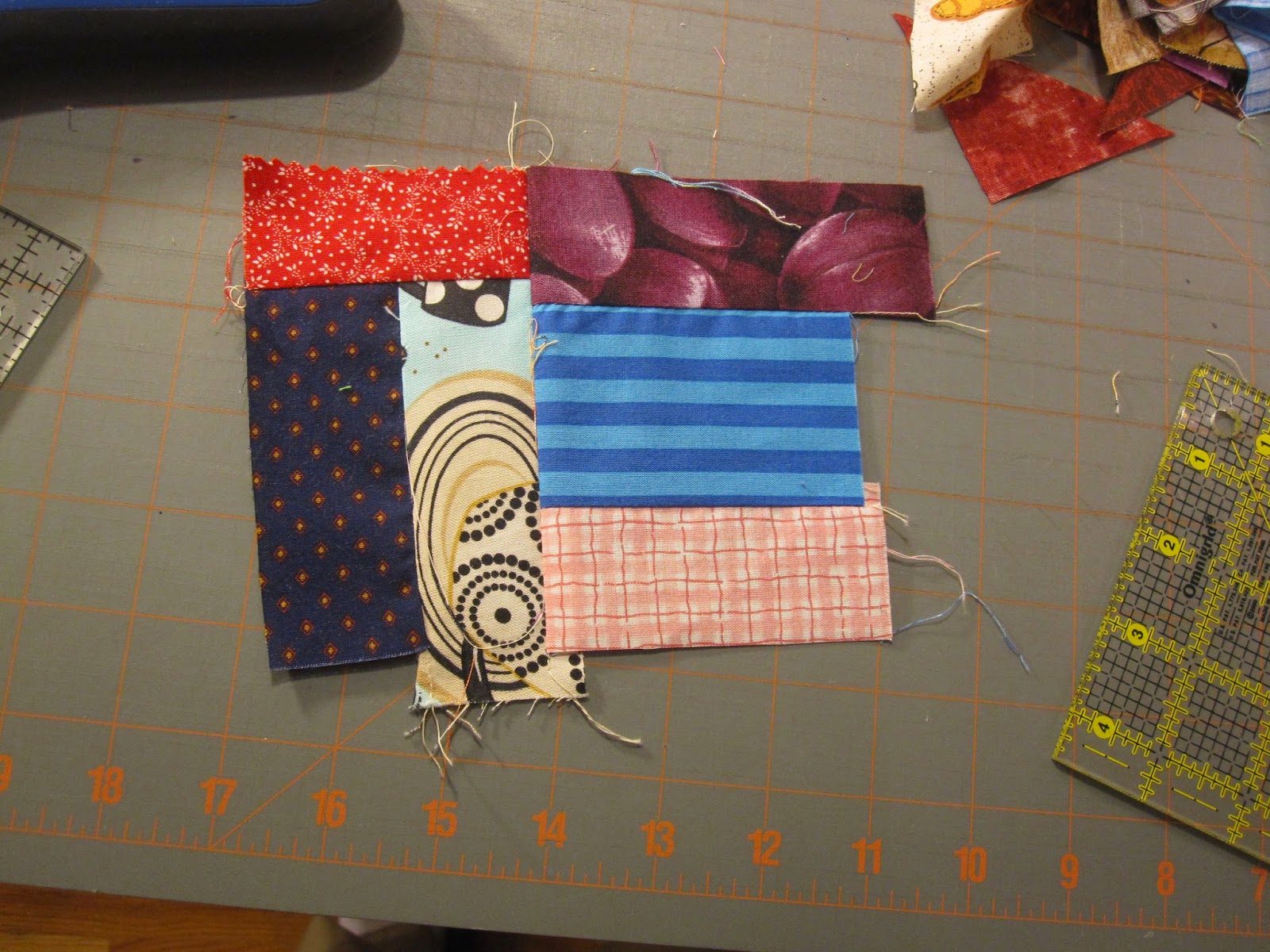 A picture after it is trimmed.  See that piece I cut off to the right of the block?  You can use that to start the next block! 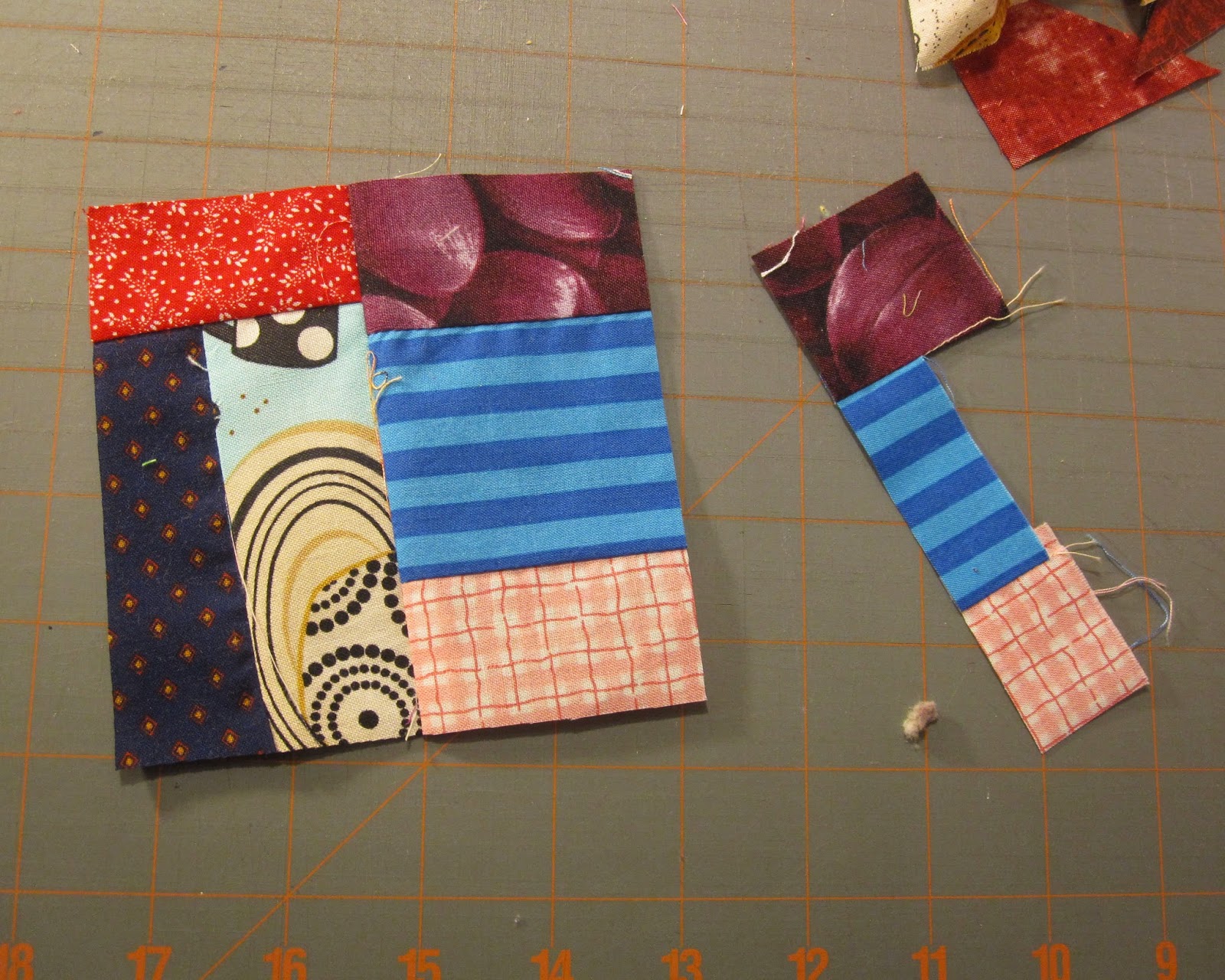 Happy quilting!
Posted by Anonymous at 5:30 AM 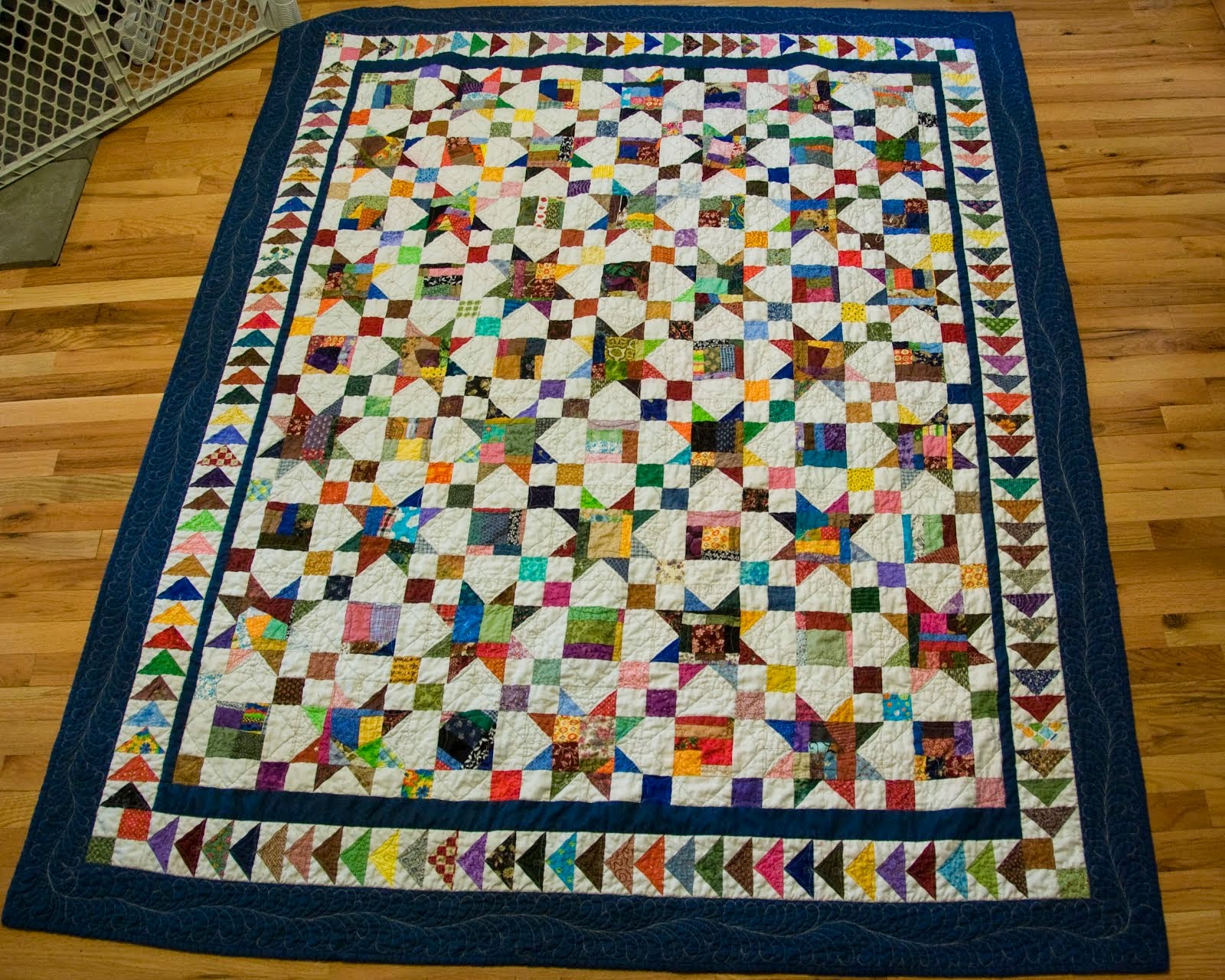 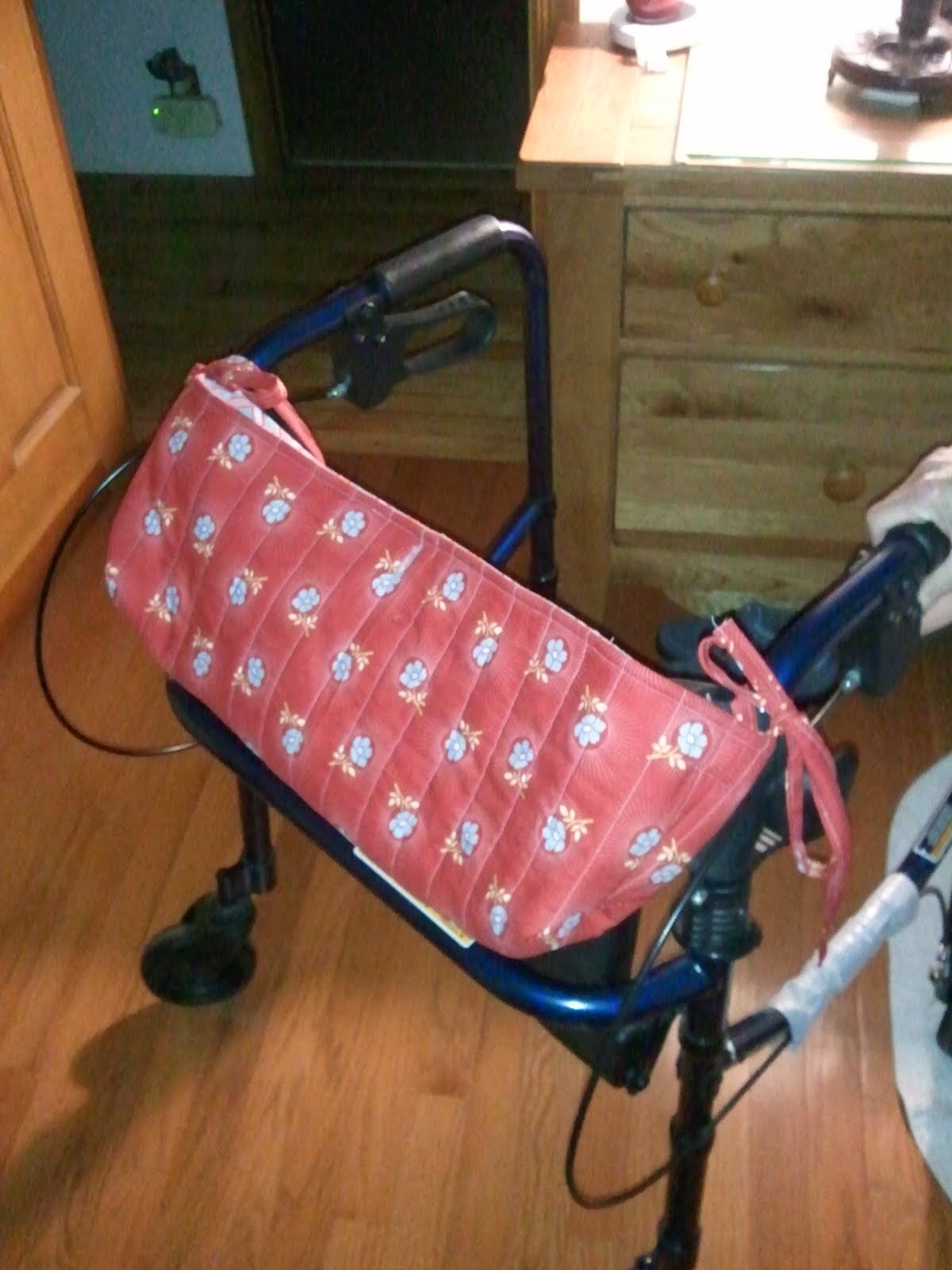